My name is Atle Valan and I am a Norwegian game designer based in Oslo, Norway.

I have a passion for creating great environments, both fictional and in real life.

I am also an advocate for better prioritization of sounds and the usage of adaptive music,

particularly in the games industry.

I have a Bachelor Degree in Game Design from Westerdals, and I am currently working at
Red Thread Games as a Game Designer.
I also teach at Kristiania University College (School of Arts, Design & Media) from time to time
in Game Design, 3D-graphics and Visual Effects.
In my free time i like to develop my own projects, do some freelance and some consulting.

I grew up on a farm up north in Norway in a rural district called Leirfjord,
where playing music, being outdoors and playing video games with my brothers

were an integral part of my childhood and adolescence.
Which is probably why I tend to focus my work on nature, animals, music and family.
Eventually I went on with studying music, and have experience in composing,

but I also play piano, drums and sing.
After that I went to a Folk-high school, where I traveled the world and did photography and theatre as well,

and got a lot of motivation with working with people.

As I worked as an environmental worker for a while, I missed exploring my creative side.
So it was like a spur-of-the-moment when I discovered the role of a game designer and what they do.
I immediately applied for the private college Westerdals, and fortunately I got in.
Since then, I have never regretted my choice.

Being able to inspire others through all the fields I previously worked with, is the greatest gift I could have, and I will likely continue down this path for the rest of my life. 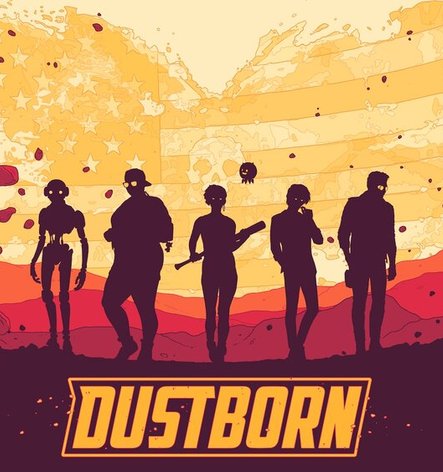 Lead a band of misfits and outcasts on a thrilling road-trip across a Divided States of America. A story-driven action-adventure about hope, love, friendship, robots…and the power of words. From the creators of Dreamfall and Draugen (Red Thread Games).

Máddji is a Sámi adventure game set in the 1800's.
You play Máddjs own journey of self-discovery where she flees from a norwegianization school during the Kautokeino rebellion. What meets ahead is surviving in the harsh, cold but beautiful arctic wilderness of Norway.

On her path home, she is able to befriend a wolf.

Avarice is a first-person, narrative-driven horror game set in the 1900s, where you experience a broken man’s descent into mental hell. You play as Edward Armitage, a renowned explorer, returning home from an expedition gone wrong. Throughout the game, you experience a gripping narrative going through the curious mind of a man and his interpretation of untold events.

It's up to you to piece it all together.

Some keywords of experience i got from this project:
- Communication
- How to maintain a positive crunch mentality
- Sound design
- Signposting
- Atmosphere
- Less is more
- Marketing
- Indoor level design based on victorian architecture

A conceptual album curated by the Sinewave Collective discord community. Inspired by the original Sinewave Collective concept “Elements” and it’s prior release “Luft | Air” - the community has come together and curated a spin-off concept of their own. We looked for a bridge between wind and water, hence the perfect transition being a “Storm”, where these two elements often combine forces.

-"Special thanks go out to the amazing creator behind these visuals: Atle Valan. A newly graduated game designer from Norway, full of potential and talent. I'm sure we'll see more of his work in the future! He smacked together this video in no-time and was super easy to work with throughout the entire process. Highly recommended!"

This was a fun little project that I was glad to be a part of and aspire to make more of. I find great joy in bringing music and visuals more together.

Some keywords of experience i got from this project:
- Freelancing
- Particles effects
- Adaptive music and visuals
- Communication
- Optimisation and performance monitoring

Vigil is a thoughtful, adventure-horror experience that challenges players to think for themselves as they explore the same unfamiliar environment as the protagonist does. Will you be able to understand the bigger picture at the end of the game?
Spoiler: (He is in a coma after a suicide attempt and is meeting different sides of himself in is own mind.)

Some keywords of experience i got from this project:
- Conversion from Unity to Unreal Engine
- Sound design

This is a test. Not for the weak. Can you finish this game? How fast? Faster than your friends?

Our precise controller ensures fair and pure skill-based gameplay. QB is a challenge, but also a good practice in game timing and precision. If you can’t beat your friends, can you still master it?

Slow is smooth, smooth is fast.